Land cultivation and pastoral traditions have ancient roots on Skyros.

The indigenous breed of cattle was still maintained in 1958. The photographs were taken in the coastal area adjoining Kalamítza Bay, east of Linarià.

The ponies were kept in one herd during the winter inland from Linarià (pictures taken in 1976).

The eastern part of Skyros, owned by the I.M. Megisti Lavra on Agion Oros, was leased for extensive goat browsing: The crippled oak "trees" (Quercus coccifera) cannot grow up to any hight, because again and again all young shoots and leaves are nibbled off (pictures taken in 1976). The subsequent erosion is progressing from higher altitudes downwards, moving the soil towards flat depressions or the sea respectively. So the carrying capacity of the land for pasture (mostly for browsing oak) is getting less year by year. A barren skeleton of rock with some marginal plant growth remains. And the annnual EU subsidies shoot up like rockets. We pay for this ecological mis-management - for another human distaster. 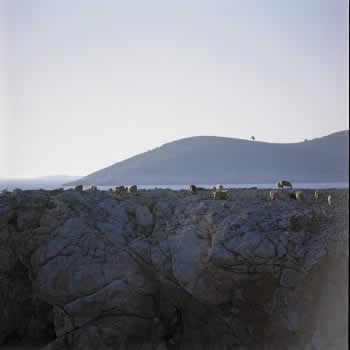 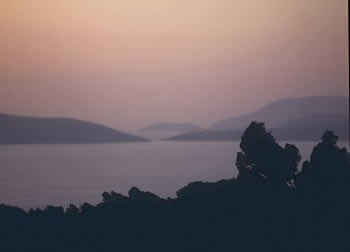